Manchester-based human resources company, BrightHR, has launched a partnership with the North West Air Ambulance Charity (NWAA) to help kit out its lifesaving crew. The company is aiming to raise nearly £5,000 for the charity before the end of the financial year in 2022.

For over 22 years, the North West Air Ambulance Charity’s helicopters have been flying to save lives across the North West, providing lifesaving enhanced pre-hospital care directly to patients in need, 365 days a year. This is made possible through the generous support of individuals and businesses across the North West who help to raise over £9.5 million a year to ensure that NWAA remains operational. The charity does not receive any funding from the government or the NHS.

The £4,950 target is the cost of a crew member’s full uniform and medical kit, essential in protecting NWAA’s crew of highly-skilled specialist Helicopter Emergency Medical Service (HEMS) paramedics and doctors, who often attend some of the most traumatic and life-threatening incidents in the region. On top of this target, BrightHR will also be providing pro-bono marketing, HR and other support to the charity.

Since launching the partnership in April 2021, staff at BrightHR have so far raised over £2,000 through a staff survey initiative, in which the company donated £5 to the charity for every survey completed, and through an end of year staff celebration event. Plenty more is in the pipeline, with BrightHR also lending support to arrange a venue for the upcoming NWAA staff conference.

Heather Arrowsmith, CEO of the North West Air Ambulance Charity, said: “Our corporate supporters are some of the most ambitious fundraisers we have and the BrightHR team is no exception. We are so grateful for everyone’s enthusiasm to get involved, both in raising money and providing extra marketing and HR support. We can’t wait to see what exciting ideas BrightHR come up with throughout their year supporting us. Thank you to the team for their generosity!”

Alan Price, CEO of BrightHR, said: “The North West Air Ambulance Charity is an incredible local charity doing such important work and I’m delighted that BrightHR can do our part to support them through this partnership. Our employees are on track to raise enough to kit out a member of the clinical crew with protective uniform and to supply the medical kit needed to make a lifesaving difference.

“To further demonstrate our commitment to supporting this fantastic charity, as well as UK businesses,  any company in the UK that raises £5,000 or more for the North West Air Ambulance will receive the same amount of HR support from BrightHR, completely free of charge. I am delighted to become an ambassador for North West Air Ambulance and looking forward to doing all we can to be a true ally for this brave team, who save so many lives across the region every day.” 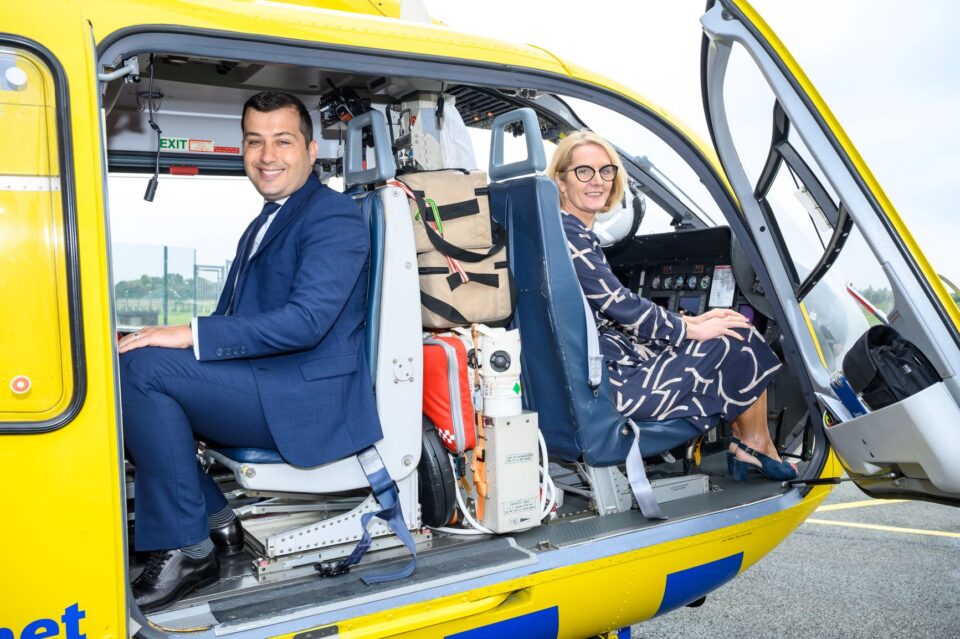