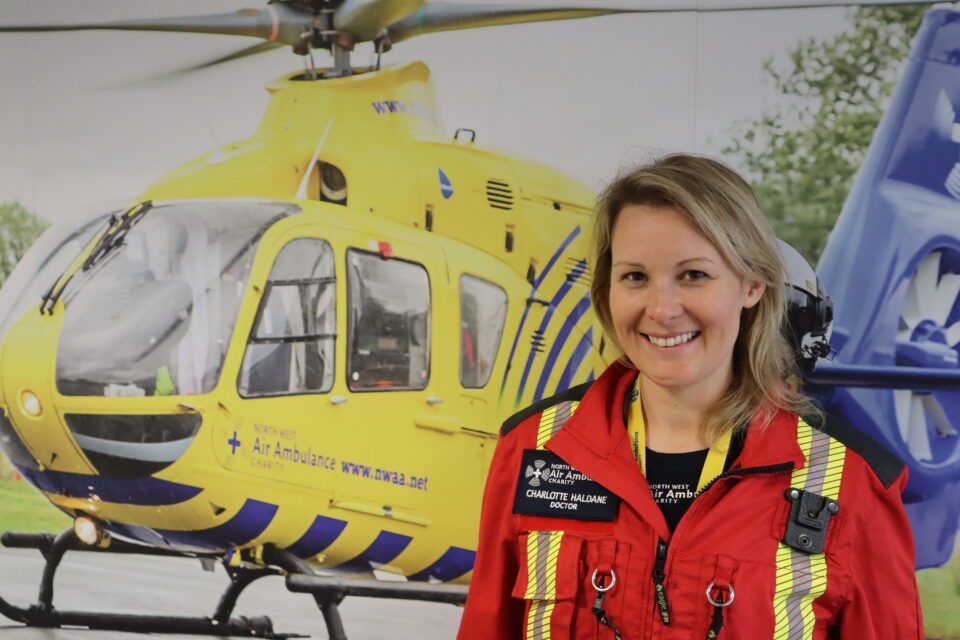 Shining a spotlight on women who are leading the way for our charity, we spoke to Helicopter Emergency Medical (HEMS) consultant Charlotte Haldane.

Charlotte works as a consultant for North West Air Ambulance Charity and a number of other air ambulance and pre-hospital care charities across the country. She may well be the only full-time pre-hospital doctor in the UK.

Not coming from a family with a hint of a background in medicine, Charlotte found inspiration in other places for her professional life.

The hospital drama certainly has a lot to answer for when it comes to inspiring health workers in the UK, but Charlotte said that it was the interesting incidents on the show that really appealed to her. And that pre-hospital care gave her that opportunity to live out her dream job.

“When I actually got onto my training in medicine, I realised being a doctor wasn’t like the TV show. Thank goodness pre-hospital care exists, otherwise I would have felt duped by the telly!

“But it really inspired me as a child. I used to sit and watch with a little medical dictionary and learn about all the words they referred to.” 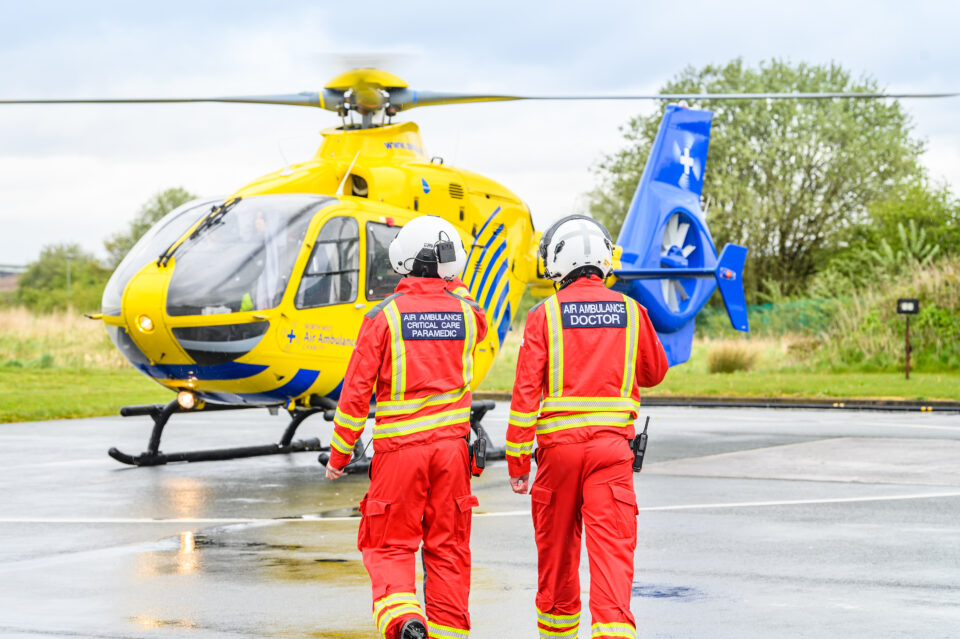 Charlotte’s ambition for pre-hospital care spreads across the UK. She travels up to the North West to work for the charity, and splits her time between a lot of other pre-hospital care charities. It is something she does on a full-time basis, which is unheard of in the UK. To do this Charlotte has had to tread her own path.

“I always wanted to do full-time HEMS. That was clear to me from the beginning of my training. That isn’t something that is normal in his country. Most people will work full-time for a year and then go back to work in a hospital. There isn’t really a clear pathway to do what I do.

“When I set out on my career path, I did tell people I wanted to do HEMS full-time and people looked at me like a was a bit crazy. But I’ve been working full-time in pre-hospital care since 2016 now. I’m still here doing it and I’m absolutely loving it.”

Charlotte has worked for NWAA twice, first joining as a fellow between 2014 and 2015, before returning in her current role as HEMS consultant in 2020. In that time has been a part of in our specialist team, alongside critical care paramedics and other doctors. She thinks working in such a tight-knit group really makes the job what it is.

“The teams are amazing – all my colleagues are brilliant. It’s nice working in small teams because you get to know each other pretty well and that’s really important.

Charlotte believes that it is all about teamwork in her job. The jobs that stick in her mind are not so much the big incidents, but where collaboration has led to a positive outcome for a patient.

“Everyone thinks that the perfect job is one where we are doing surgical procedures at the scene or putting someone to sleep, but actually the most satisfying ones are where you get to scene and you just do something relatively basic but, you do it really well.”

“I think problem solving is the most fun part of this job. No day has ever been the same and no two patients are ever the same. There’s always something that you’ve not come across, whether it’s small or big. There’s something every day that’s different and I love that.”

Charlotte has had to work hard to become a full-time in pre-hospital doctor. She hopes that by doing this, future aspiring female medics can follow the same path she has.

“If you really want to work in pre-hospital care, then go for it. It’s tiring and it is hard work to get there, but this is the best job in the world in my opinion and it is an incredible opportunity to make a big difference to people’s lives.

“I think it’s difficult for a female doctor in general to work in emergency care. We have to be a bit better helping women into these roles because it’s a long hard journey become senior enough to do these kinds of jobs. If we can show women in strong positions and in leadership roles in our sector, then that is a huge positive.”

As a charity we receive no government of NHS funding. Click here to donate now.