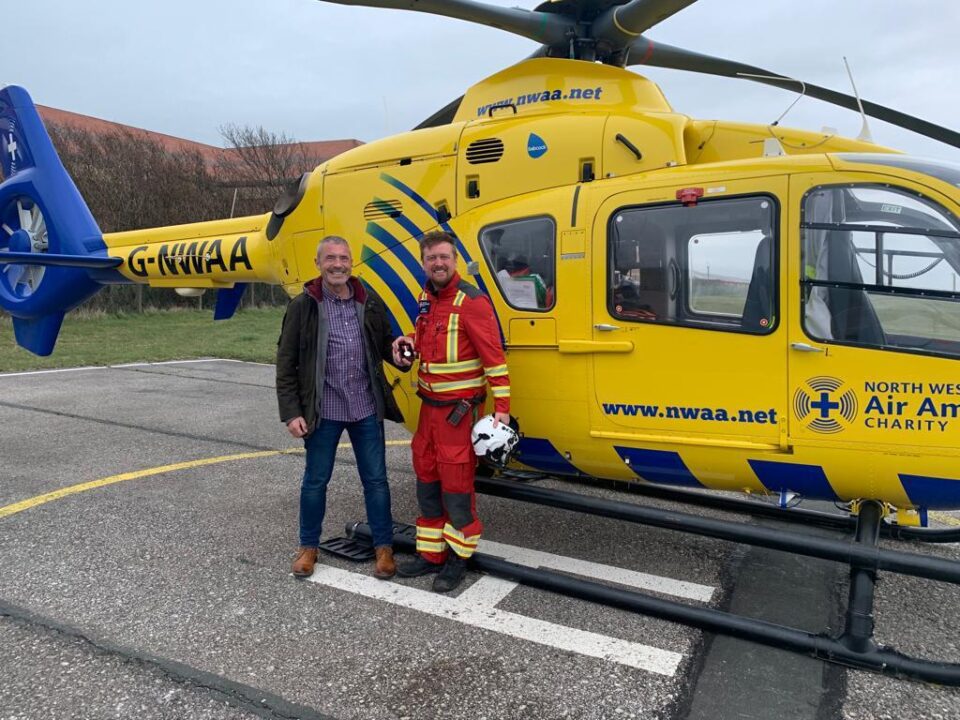 Two paramedic friends have come to the rescue of their colleague and friend, to track down a rare medal marking the Queen’s Diamond Jubilee.

To recognise years of service working for the emergency services, it is customary for the queen to award honorary medals to paramedics across the country. This will happen again in 2022 to mark the Queen’s Platinum Jubilee. The last time this took place was in 2012 for the Queen’s Diamond Jubilee.

HEMS Paramedic Mark Etherington, who has worked for NWAA for 13 years and as a paramedic for 19 years, was due to receive a medal in 2012 from the Queen for his service. But after speaking to Mark, colleague Andy Duncan discovered that Mark didn’t receive his medal at the time.

Andy and Mark made it their mission to find an award for Mark. After formal applications, emails and phone calls across the country however, they found no luck in locating a medal.

On the verge of giving up, a catch up with their friend and retired paramedic Phil Evans, re-ignited their mission. One week later, the search for Mark’s medal was over and Phil had managed to find a Diamond Jubilee medal for Mark.

Lead HEMS Paramedic Andy Duncan, said: “I’ve known Phil since we studied to become paramedics, and he is also a good friend of Mark’s. We had a little get together to celebrate Phil’s career and retirement, and after a few beers to toast our mate, we started sharing some paramedic tales. The story of ‘Medalgate’ came up and Phil said: ‘I might just have a little solution for you…”

After Phil had tracked down the medal, Mark finally received his diamond jubilee award ten years later. The medal was presented to him by Phil at North West Air Ambulance Charity’s Blackpool base. 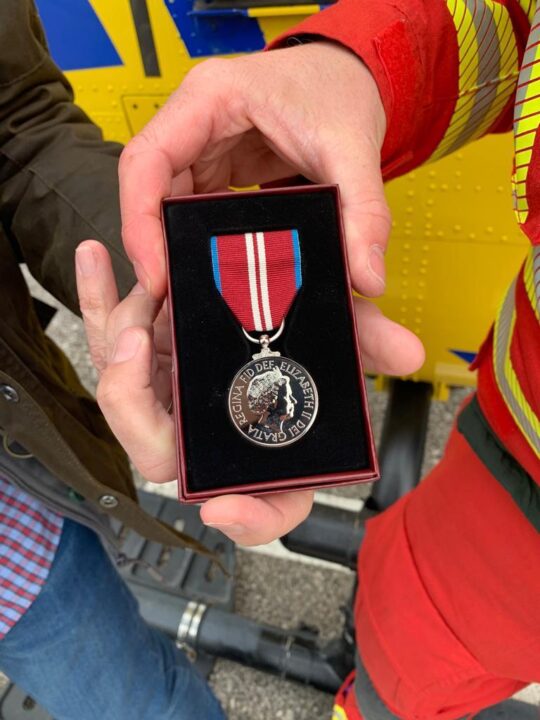 Phil said: “It’s a privilege to help a colleague and a friend and it’s nice to see Mark get the recognition he deserves.”

Mark and Andy are both set to receive a Platinum Jubilee medal for their service this year. The pair will have received two medals after this year’s Jubilee.

Andy Duncan, said: “We would like to thank Phil for this incredibly kind gesture. We are proud that Emergency workers across the region work together as one team to help our patients, and each other, in any way we can.”