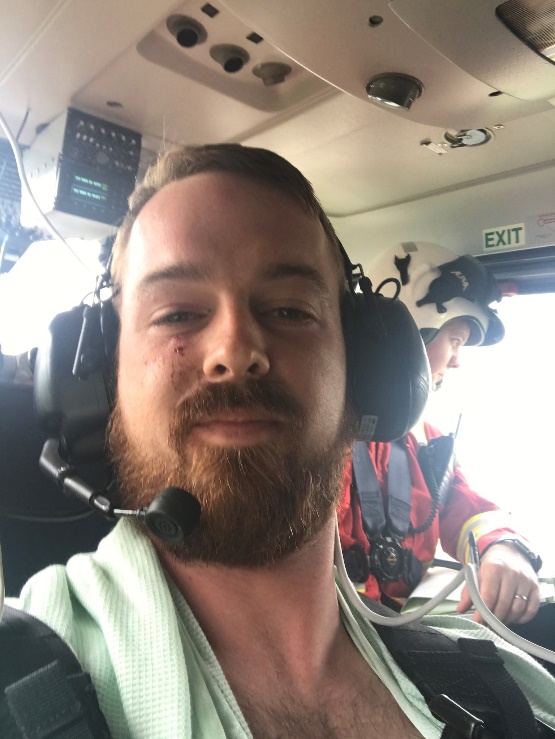 Daniel in the helicopter after receiving treatment

A tree surgeon from Preston who was treated by the North West Air Ambulance Charity is hoping to raise £3,500, after a ‘lucky escape’ following a chainsaw accident.

32-year-old Daniel McLoughlin was working up a tree in June 2017, when the chainsaw he was using to cut branches hit his chest. Now five years on from the accident, Daniel is taking part in the Great Manchester Run on 22 May to raise vital funds for the charity.

Daniel said: “I was working up a tree cutting a branch with the chainsaw, but in an awkward position. As I cut through, the branch kicked back. The chainsaw hit me in my sternum and missed everything vital. I was really lucky. If it hit my neck or anywhere else I would probably be dead.”

“I was awake on the helicopter and the staff were really calm. It was the first time I’d been in a helicopter. I couldn’t lie back because of the nature of my injury, so I saw my house as we flew over!”

Nearly five years on from the incident, Daniel is now raising funds for the charity by running a half-marathon as part of the Great Manchester Run on Sunday 22 May. He is aiming to raise £3,500 for the charity, which is the average cost of each life-saving mission taken by the charity.

“It’s great what the air ambulance team do, and I found out the charity doesn’t receive any funding, so I just wanted to give something back. It’s a worthy cause and I want to raise the same amount as an average flight would cost.” 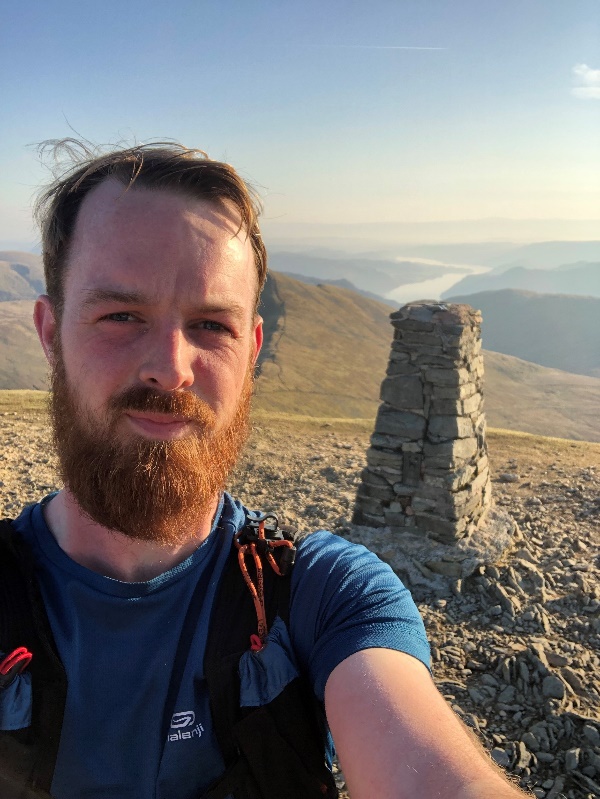 The North West Air Ambulance Charity receives no NHS or government funding. This year they are one of the chosen charities for the Great Manchester Run.

Kelly Stepaniuk, regional fundraiser for the North West Air Ambulance Charity, said: “We’re so happy that Daniel has chosen to run the Great Manchester Run on our behalf. We really do rely on supporters like Daniel to keep our team flying us save lives.”

You can help donate to Daniel’s fundraising through his just giving page: https://www.justgiving.com/danmc7.

To find out more about fundraising for the North West Air Ambulance Charity, visit: www.nwairambulance.org.uk.