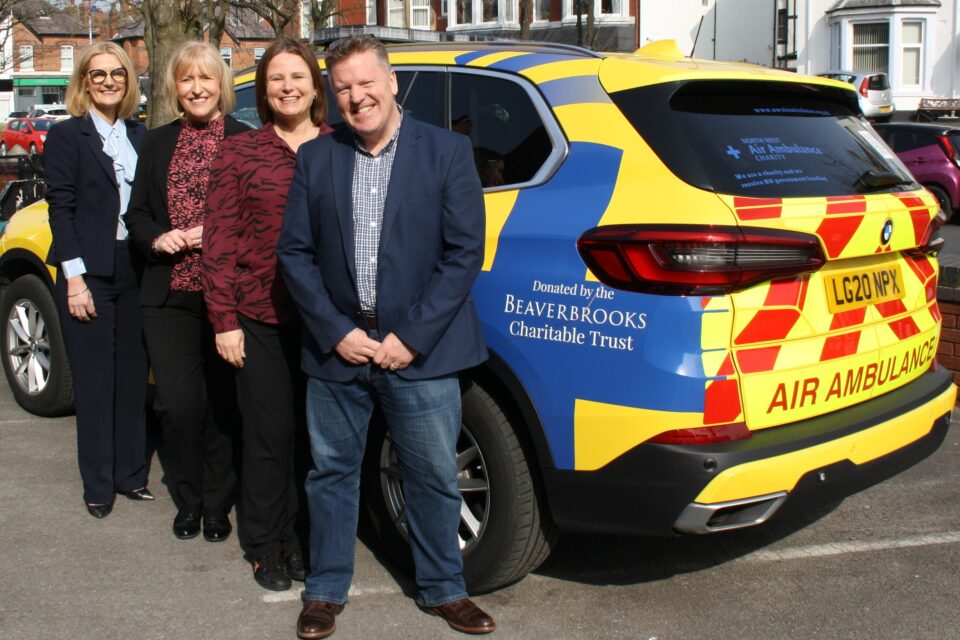 North West Air Ambulance Charity will have a new Critical Care Vehicle on the roads, thanks to a generous donation from jewellers Beaverbrooks.

The Beaverbrooks Charitable Trust has purchased a specialist Critical Care Vehicle that will attend some of the most critically ill and injured patients across the region, saving time and ultimately saving lives.

In the last 12 months, the charity has responded to 2690 calls. However not all incidents are attended to by the charity’s helicopter fleet. In built up areas such as a city centre, or at times when it might be more suitable to attend by road, the charity will instead deliver highly skilled crew members using a Critical Care Vehicle.

Heather Arrowsmith, CEO at North West Air Ambulance Charity, said: “Whilst our helicopters are typically associated with flying to save lives, we also bring the hospital to the patient using Critical Care Vehicles on occasions where it is more appropriate to transport our HEMS paramedics and consultant-level doctors by road.

“These cars are kitted with the vital equipment needed for our specially-trained crew to provide enhanced pre-hospital care at scene, and treat the most critically ill and injured patients in our region.

“We are hugely grateful to our friends at Beaverbrooks for such a significant donation and their long-standing support. We receive no government or NHS funding, so without this kind of support, we simply would not be able to continue the lifesaving work we do.”

Beaverbrooks’ core purpose is to enrich lives, which simply means making a positive difference to the world we live in. The retailer donates 20 per cent of retained profits to charity and since the year 2000, has donated in excess of £17m to over 750 charities.

Anna Blackburn, said: “We are thrilled to be able to support a charity that has such an enormous impact across the region. As a locally based business, we all know of people who have benefitted from the North West Air Ambulance Charity team’s amazing expertise and resources, including some of our own colleagues and their families.

“We are so proud to be funding their new Critical Care Vehicle and know that this will, combined with the highly skilled crew, bring life-saving pre-hospital care to patients in critical and life-threatening conditions.”