In January last year, Jake Cowen, 27, from Oldham, was window cleaning at a property in Warrington with his co-worker and dad, Chris. Suddenly, Jake fell from his ladder, landing badly on the ground, causing him to go into cardiac arrest.

Hayley Weeks, who lives at the property where Jake was working, heard her parents and Chris Cowen frantically shouting Jake’s name and immediately called 999. Before the emergency services arrived, Jake’s lucid state rapidly changed, as he suffered a seizure.

Hayley, who had CPR training, commented, “I knew instantly that Jake needed CPR and that it would  be critical to his survival, so I began performing chest compressions whilst my dad, Keith Fletcher, remained on the phone to the call handler.”

After a few minutes of CPR, a team of North West Ambulance Service (NWAS) paramedics arrived. Due to the severity of his condition, the North West Air Ambulance Charity (NWAA) crew were alerted and arrived shortly after, providing advanced medical care which helped save Jake’s life. Chris stood by, thinking the worst had happened and that his son had died. He continued to watch the medical crews treat Jake while on the phone to Jake’s mum, Melanie, who had the agonising wait to hear whether her son was going to pull through. It wasn’t until Chris heard the NWAA crew say, ‘he has a rhythm back’ that he realised Jake had a chance of survival.

The NWAA crew, alongside the NWAS team, continued to treat Jake during his journey to Warrington General Hospital in the land ambulance. He was later transferred to Aintree Hospital where he spent four weeks recovering in the critical care unit. With the exception of a small amount of short-term memory loss, he is now well and back working with his dad.

Jake’s mum, Melanie, credits NWAA for saving her son’s life: “Jake is our only child and as a family we owe NWAA, the doctors, and the NHS so much. Their combined efforts, that day and for the four weeks after, saved both myself and his dad from losing the most important person in both our lives.

“As a family we now support NWAA. Previously we did not realise, ashamedly so, that they operate as a charity. In the future, I’d like to do some fundraising events and sponsored runs to raise some money – we are forever in their debt. Jake owes his life to the North West Air Ambulance Charity.”

Covid-19 has hit NWAA hard. With shops closed, fundraising events cancelled, funds have been significantly impacted. Your donations will secure the future of the service. 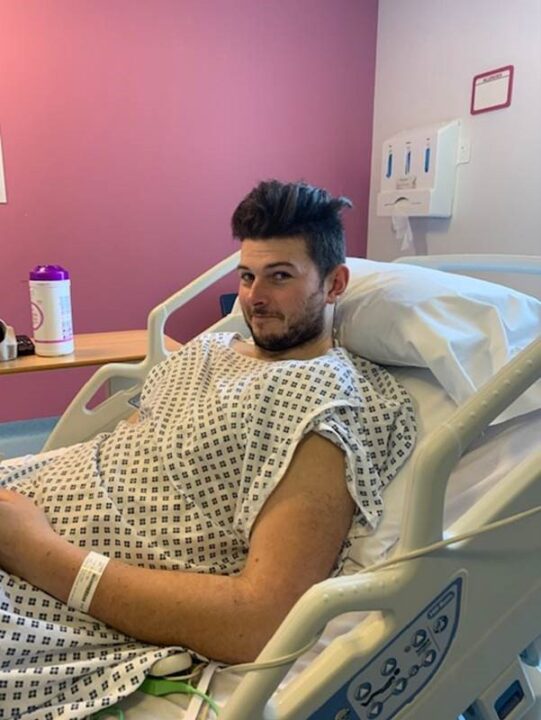