Capital FM and the North West Air Ambulance Charity are calling on Merseyside and Greater Manchester listeners to raise vital funds for the charity.

We need you now more than ever. Throughout June and July, we’re launching a major campaign on Capital FM and asking listeners to support our cause, to keep us flying to save lives. We receive no government or NHS funding and rely on donations to treat some of the most critically ill and injured patients across the North West. 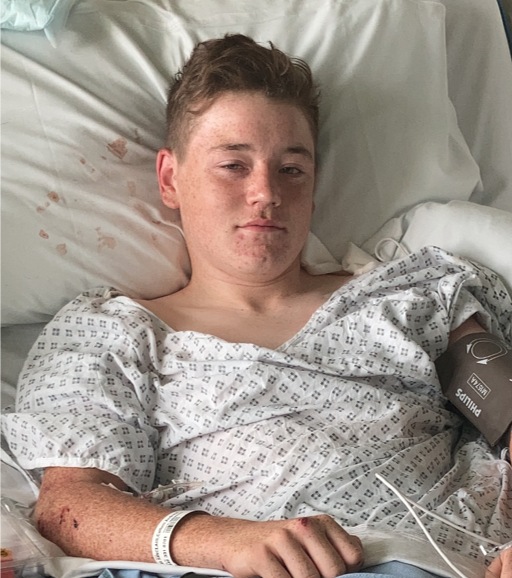 Capital FM and North West Air Ambulance Charity are teaming up to help the charity team more patients like Callum.

14-yer-old Callum Sinclair was treated by the North West Air Ambulance Charity following a road traffic collision. The avid 14-year-old rugby player and footballer was out riding his bike one evening when he was hit side-on by a car. His head hit the windscreen and left Callum in a serious condition on the roadside.

Callum’s dad Phil had nothing but praise for the North West Air Ambulance team.

“When I saw the helicopter, it was like ‘wow, they’re here’. They were all so calm, but also assertive and professional. They were brilliant. It was heart-breaking for me to not be able to say thank you at the time. They treated him like he was theirs. And that’s hugely important.”

The North West Air Ambulance Charity’s crew members deliver specialist and enhanced pre-hospital care to the most critically ill and injured, and transport patients to the most appropriate hospital to achieve the best outcomes for them. Medical interventions that we provide at the scene of an incident include Rapid Sequence Induction (RSI), administering blood transfusions, analgesia, and many other lifesaving interventions. We receive no government or NHS funding and must raise over £9.5 million to keep us operational. It’s only thanks to the generosity of people like you that we can continue flying to save lives.